Abo’s Pizza is a Colorado institution, founded in 1977 by New York City transplant Steve Abo. A few years prior to its opening, “On the Hill” in Boulder, Abo, a University of Colorado student along with some of his buddies, constantly found themselves yearning for but not being able to find their favorite “munchie” food, a great big slice of New York-style pizza. Yes, that would be the fold-over kind in the classic Neapolitan-style.

Steve moved back to New York City. As luck and fate would have it, he gained the opportunity to intern at a pizzeria named Rocky Graziano’s, a front for the Genovese family fronted by Rocky Graziano, the 1947-1948 Middle Weight Boxing Champion. Even though he was working for free, Abo kept a keen eye on all the minute details going on in the kitchen. He noted the way the dough was made and tossed, the use of only high quality fresh ingredients, and watched the making of the “secret” sauce. After 6 months, he headed back to Boulder. After opening the first store on the “Hill” in Boulder then the second store on the Pearl street Mall soon after a 3rd in North Boulder – figuring out how to have a manager or partner open their own store Abo choose the License Agreement over a Franchise model to expand. Licensing also allows owners freedom of choice so each location has a unique menu in addition to the pizza. All stores utilize the famous Vermont Baker’s Pride Ovens made with high quality bricks to assure an even bake. The stores while selling mainly Abo’s famous pizza pies, also have added their own versions of appetizers, sandwiches, pastas and desserts. Abo’s currently has 11 locations along the Front Range.
Abo’s Pizza has a signature taste. The crust is strictly New York City Neapolitan, is always hand-tossed and the dough is light and chewy and never frozen. Steve Abo adapted the secret sauce recipe from Graziano’s, and it has a similar yet unique character made to Abo’s own specifications. Abo’s sauce is sweet but with a hint of tartness that does not detract from the toppings. Abo’s cheese is the highest quality 100% mozzarella that has a moist and chewy consistency. Multiple toppings and combinations abound. 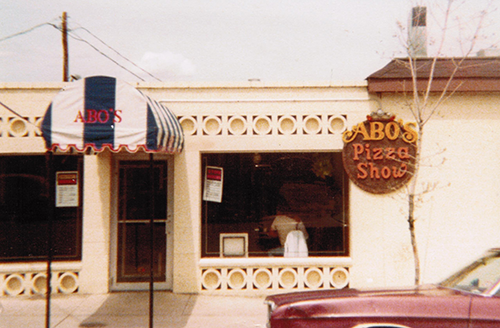 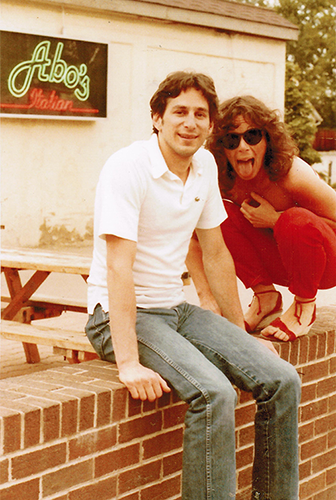 “The Slices were as Big as our Faces!” 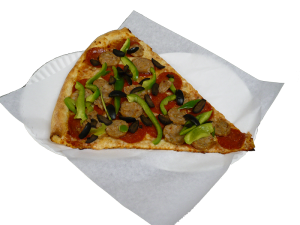 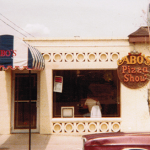 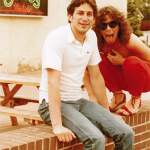 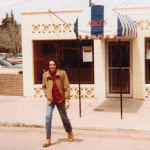 Find out how to open your own Abo's pizza in your area!